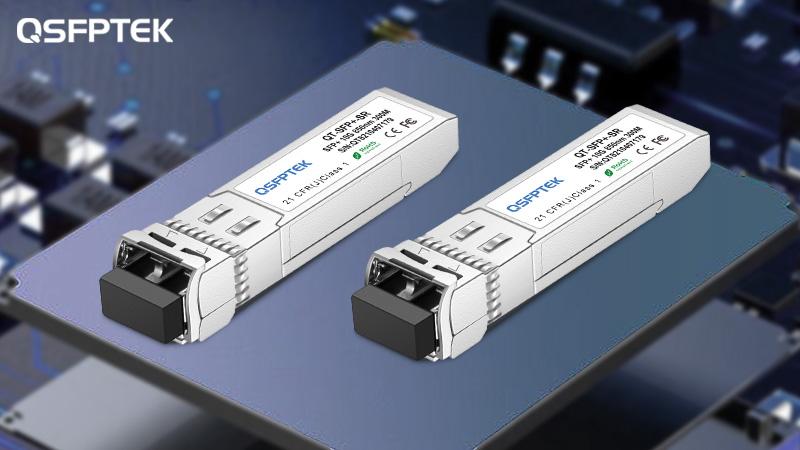 The emission part of 10G SFP+ LR optical module designed in this paper includes laser, laser drive circuit and so on.

Laser is the core device of optical module transmitting part. It provides light source for optical module communication. Its performance determines the performance of the whole optical transceiver system. The main work of the laser is to convert the user’s electrical signal into an optical signal containing communication information under the modulation of the laser drive circuit. Considering the size, maturity and ease of use of the device, the laser used in this design is the lc-tosa module, which is composed of a 1310nm DFB laser and a backlight detector.

The main function of the laser driving circuit is to provide the ideal bias current and modulation current for the laser, drive the laser to emit light, and realize the electro-optical conversion of communication data. The high-speed laser drive circuit has high requirements for the modulation rate. 10G optical transceiver requires the modulation rate of the drive circuit to be more than 10gbit/s, that is, the rise / fall time of the optical signal is less than 50ps.

In the emission part of this design, max3946, a high-speed laser driver chip produced by Maxim company, is selected as the main chip of the driving circuit. Max3946 can drive laser devices with internal resistance of 5 to 50, the communication rate can cover 1Gbps to 11.3gbps, and it is equipped with input equalization circuit and output pre-emphasis circuit. The operating temperature covers -40 ℃ ~ 85 ℃, and it is small in size and low in power consumption [1]. The high-speed laser drive circuit composed of max3946 can meet the requirements of this design.

The receiving part of the 10G optical module is composed of photodetector assembly, amplification circuit, etc.

Photodetector assembly is the core component of 10G optical module receiving part. It provides optical detection for optical module communication, and its performance also determines the performance of the entire optical transceiver system. The detector component selected in this design is pin tube lc-rosa component, and its receiving wavelength is from 1260nm to 1650nm.