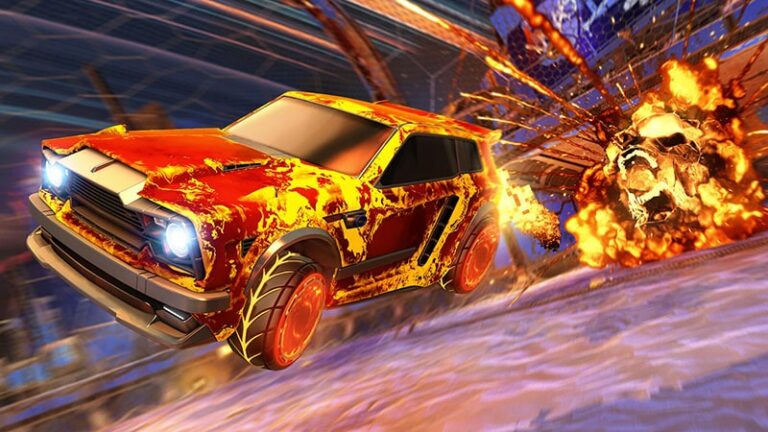 March 8, 2022 By: almhdy - 0 Comments
Contents show
Rlcs, how Does It Work?
A Transfer Window Three Times a Year
RLCS Stars
1. M0nkey M00n, the Robert Lewandowski of BDS
2. Kaydop, the Cristiano Ronaldo of Vitality
3. Seikoo, the Kylian Mbappé of Endpoint

Rocket League has positioned itself as one of the most beloved games for football fans for years. Although these are cars that kick balls, the comparison seems obvious. In the game, players could build up their unique car with Rocket League credits and items. The bridge is being made more and more with players like Martin Terrier, who do not hesitate to collaborate with gaming professionals. Weekly competitions have resumed this weekend, the opportunity to introduce you to this Esport that 90min France decided to cover every week henceforth.

This is a game that unleashes passions! For over six years, Rocket League has had a massive competitive scene. As in football, there are exceptional matches, sensational goals, disappointments or debates.

On Twitch, land on Rocket Baguette, the French broadcaster of professional tournaments. You will see endless discussions about which of M0nkey M00n or Firstkiller is the best. Others will start quarrels to know the most powerful continent between Europe and North America. Like our football, the passion for “RL” ends up creating tensions and emotions.

Rlcs, how Does It Work?

Let’s go into detail. What is the Rocket League Championship Series? The so-called RLCS is the highest level of official championships in the game. Professional teams (or not) try to qualify first to play the final phase of the competition. As in the Champions League, there are the teams directly qualified because of their recent results. Then, those who have to go through a kind of roadblock. A mini-tournament where only eight teams will reach the group stage.

We will then find four groups of four teams. Only the last team will be definitively eliminated from the tournament. The first will go to the winner’s table, the second and third in the losers. The group leaders still have the right to one defeat before being eliminated. They will switch to the other tree in the event of a setback. The others are back to the wall. The teams compete on each side of the two tables, until the grand final. The winner of the first faces the survivor of the other. The advantage to the undefeated who will always have the right to lose once and replay against the same opponent for the final coronation.

Each game of 3 v 3 is not played over a single five-minute match. There are three formats: best of three sets only for part of the play-offs, best of five matches for the end of the play-offs and the group stage, the best of seven seats for the final table. $30,000 awaits the winners.

Depending on their ranking, the formations accumulate points. There are three continental championships allowing them to qualify for a world tournament. The six best teams in Europe join the six others in the United States and other less represented parts of the globe. The first was held until mid-December. He saw the Swiss team BDS win what is called the Major.

In the end, every player dreams of sending his team to the Worlds. The world poster scheduled for this summer brings together only the best from each continent. A first world champion for two years will be crowned in 2022.

Like our beloved sport, there is a transfer window. Buybacks of contracts between teams, exchanges of players, and even premature end of leases. Three times per season, formation owners can change an element of their roster. As in football, poor results sometimes lead to reinforcements. Sometimes high-ranked teams even try to grab an available crack against the odds. Often, the decision belongs to the pros already present in the structure and Rocket League items for sale. A test is carried out with the possible recruit to see if the sauce takes. A composition that no longer gets along sometimes decides to separate to bounce back elsewhere.

As in the football adventure, rumors are rife. Rumors of corridors circulate, supporters hope, others revolt. Moreover, new similarity with the green rectangle. Fans of the game each have their preference: many French people support Vitality, a new fashion appears with the recently arrived Karmine Corp or the unbeatable BDS. Between 10,000 and 50,000 people connect simultaneously to Rocket Baguette to see these shocks. One week on the North American side, another on the European side.

France is well represented there. Behind the Americans, the French were the best represented at the last Major. BDS, the winner, has two tricolors in these ranks: M0nkey M00n and Extra. In order to familiarize you with its much-loved personalities, we introduce you to some of them.

The star of the moment. The French player took his Swiss team to the international title at the Major in December. A victory against the American ogres of NRG, ultra dominating on the “NA” scene. Very mechanical, M0nkey M00n is able to illuminate the encounter with an individual exploit.

His team has been considered the best in Europe since March 2020. Last season, they only let four tournaments out of the nine played. As if PSG had won four Champions League out of its last nine appearances. Like Robert Lewandowski at Bayern Munich, he managed to shine in a steamroller. The whole world tries to compare him to another genius in the United States, Firstkiller. In terms of awards, there is no photo…

2. Kaydop, the Cristiano Ronaldo of Vitality

If you follow the Rocket League scene, the name Kaydop cannot escape you. A Frenchman who also has the second-best record in the history of the game. The “Dop” already has three world championship titles to his credit with different teams and teammates. He is the professional player who brought home the most money, as they say.

He has always been in the grand finals of the Worlds since season 3, in 2017. His rigor and professionalism have allowed him to pass the years and the mechanical evolutions. At the Olympic Games, Kaydop and his teammates successfully represented France. A gold medal by ensuring their status as favorites. With his Vitality team, he is struggling to bounce back this season. Like Cristiano Ronaldo with Manchester United, his experience does not influence performance enough. Still, it’s the star of the game with its own community of fans.

3. Seikoo, the Kylian Mbappé of Endpoint

A 17-year-old newbie. Seikoo is playing their first full season of RLCS in Endpoint’s UK structure. In just four regional championships, the aerobatic virtuoso has already won two. An already exceptional track record for such a new experience.

Like Kylian Mbappé, Seikoo landed on the scene like a ball. Exceptional mechanics, genius goals and still a few obvious errors. Noticeable beginnings alongside two veterans of the circuit. There is no doubt that major teams will try to enlist him next season. He gives himself time to progress before thinking about any future elsewhere.

At the conclusion of this introduction, we give you an appointment next Monday. We will be posting the first review of the European Rocket League competition. Structures could get their ticket for the next Major. Last week, it was the big surprise of Team Queso who triumphed. An unprecedented victory for players who had never reached such a level before. Obviously, a Frenchman slipped into this team: the young nugget, Vatira. Bis repetita next Sunday?

Contents show
Rlcs, how Does It Work?
A Transfer Window Three Times a Year
RLCS Stars
1. M0nkey M00n, the Robert Lewandowski of BDS
2. Kaydop, the Cristiano Ronaldo of Vitality
3. Seikoo, the Kylian Mbappé of Endpoint
↑