Both Torchlight Infinite and Diablo Immortal Continue the Tradition and Aesthetic 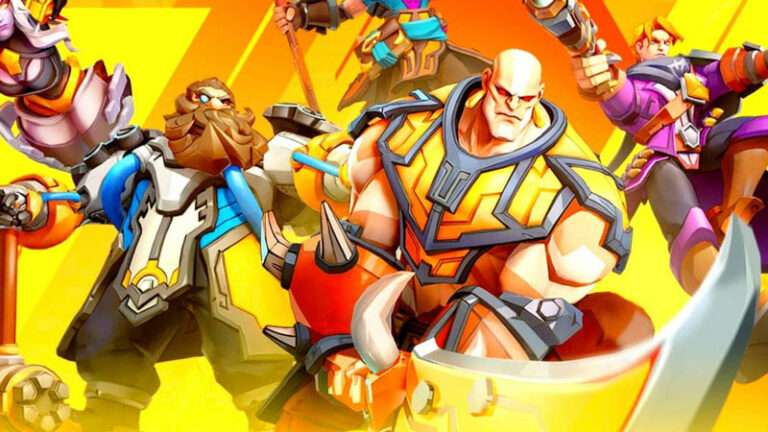 There has never been a better time to be an action-role-playing gamer, particularly if you own a phone…” because I’m sure that every one of you has a phone, right?”Since the latter half of 2018, that now-famous line has been lurking in the shadows of the internet. It caused a negative ripple effect among PC gamers at the time, which would linger for years to come after its initial occurrence. The mere mention of mobile action role-playing games (ARPGs) would cause PC gamers all over the world to quote that line and mock the genre as a whole.

As a result of all of this, it should come as no surprise that I have a deep affection for both of these franchises. When it was revealed that both Diablo and Torchlight would be available on mobile devices. We are not brandishing torches and pitchforks, but we are concerned that these much-loved franchises are going to be watered-down reskins of other mobile ARPGs that are already available on the Playstore. Both Torchlight Infinite and Diablo Immortal, to our relief, continue in the same vein as their predecessors in terms of pedigree and style.

In the case of Torchlight Infinite, the visuals and the design are very similar to those found in Torchlight 2, which is a very good thing. Both creative classes and linear-level design are present in Torchlight, and they both feel natural and appropriate within the setting of the game’s universe. XD Network is putting in a lot of effort to distill the core of what it means to play a Torchlight game and encapsulate it in a mobile game (a PC version is in the works).

In addition to this, Diablo Immortal stays true to its origins and provides the Diablo franchise with an outstanding new installment. Within the universe that it was designed for, Immortal fits flawlessly in terms of both its narrative and its gameplay mechanics. Once again, Blizzard has taken an existing concept and transformed it into something that is wholly original to the company by reworking and refining it.

In light of the fact that I have previous experience with both of these franchises as well as with each individual title, I have the impression that Torchlight Infinite and Diablo Immortal are both making genuine efforts to become the next AAA title in their respective franchises. Even though each of them has taken a unique approach to this problem, it appears that they are both successful in achieving their goal. This is not a shoddy reskin of some other mobile ARPG you’ve played before. Each one has its own distinct flavor and is geared toward providing an AAA-level experience on your mobile device.

The events of Torchlight 2 take place two centuries before the beginning of Torchlight Infinite. Even though we live in a time of technological advancement and economic prosperity, there is a growing undercurrent of disorder in the world. Torchlight Infinite draws from its lore and provides a story that feels consistent with the content that came before it, just like previous stories in the series did.

In addition, the delivery of the story seems a little flat. Some moments feel more impactful than others thanks to some interesting cutscenes, but the overall delivery of the story made me wonder who some of the characters were in between those moments. It’s not that the story isn’t interesting; the problem is that it doesn’t connect to any of the previous games in the series, so it doesn’t have a chance to win over players who are already invested in the series early on.

On the other hand, Diablo Immortal presents us with a narrative that takes place firmly after the activities of Diablo 2, but prior to the action of Diablo 3’s main campaign. The action that Blizzard took was extremely astute and brilliant. Because of the references to Diablo 2 and the early appearances of characters who go on to play significant roles in Diablo 3, I immediately felt like I belonged there. I couldn’t help but grin broadly whenever I entered a brand-new region because it inevitably contained some reference or easter egg to a previous installment in the series.

Story delivery in this game also followed a style very similar to that of Diablo 3, which means that the majority of the time, the narrative was presented to me while I was engaged in activities or in the middle of a fight. This helps maintain a somewhat more consistent pace throughout the gameplay.

The fact of the matter is that the narrative component of games like Diablo and Torchlight has never been the primary draw for players. I would venture to say that people do themselves a disservice when they simply ignore the narratives of each universe. Both games have historically significant lore to draw from, but between these two mobile titles, Diablo definitely puts more emphasis on that lore, which makes this gamer feel significantly more invested in what is going on in that world.

The fight sequences in Torchlight Infinite and Diablo Immortal are both incredible to experience. It often has a cumbersome, cramped feel to it and lacks the accuracy that can be achieved with a keyboard and mouse or even with a traditional controller.

Regarding Torchlight Infinite currency, the controls have a sense of responsiveness and are simple to access on mobile devices. The abilities are separated from one another and are simple to recognize and use. Additionally, framerates were strong and appeared to remain stable at approximately 60 Hz refresh rate. This resulted in a gameplay experience that was extremely fluid.

Even Diablo Immortal has a very smooth gameplay experience. The battle system in this game is also very fluid, with a refresh rate that is roughly equivalent to Torchlight’s, despite experiencing a few more hiccups than usual. Having said that, full disclosure,

The gameplay of Diablo Immortal’s combat is functionally very similar to that of Torchlight, with button payouts and responsiveness that are virtually identical. Both games are fantastic to play in this regard, have excellent controls, and have consistently left me wanting to put in more time with them.

The management of skills, on the other hand, is where we see some differentiation. The skills system in Torchlight Infinite places a strong emphasis on a modifier-based design. Each active skill has the potential to unlock five additional slots for modifiers. After that, you will have the opportunity to customize each ability by drawing from a pool of available modifiers and enhancing its performance in combat. This, in conjunction with Infinite’s Passive skill trees, results in a significant amount of personalization potential for the Reach class.