Home » How Does Blockchain Technology Actually Work in Practice?

How Does Blockchain Technology Actually Work in Practice? 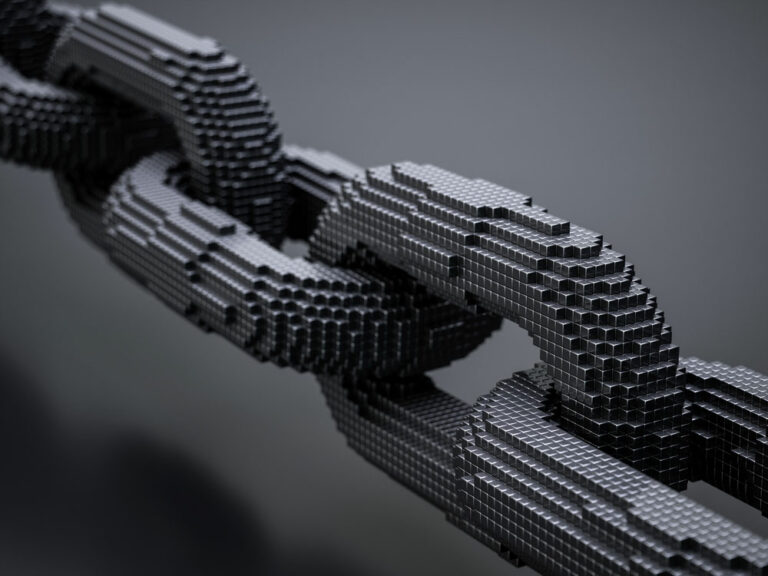 Its origins go back to the development of the most mainstream form of cryptocurrency, Bitcoin. It’s a matter of time before the blockchain network makes its way into the medical industry, finance industry, and art industry.

What Is Blockchain Technology?

The blockchain works as a digital ledger that makes it easy to track transactions and keep your financial information secure. The ledger is maintained by a network of computers. This network is set up in a way that makes it almost impossible to hack or access unless authorized.

You’ll be hard-pressed to find a more secure and effective way of handling transactions than the blockchain network. Best of all, it cuts out the middle person and eliminates the need to work with the government or a bank when it comes to your finances.

The records that are kept with this distributed ledger technology are the blocks that make up the blockchain. Each transaction that you make with your coins gets recorded and verified through peer-to-peer computer networks. They’re complete with time stamps, and once they’re recorded it’s impossible to change them.

This technology came to the forefront because of Bitcoin and Ethereum, but it’s making its way into new industries. Legal contracts and property sales are starting to move toward using blockchain technology for secure transactions.

How Does the Blockchain Network Work?

Now that you have more baseline knowledge of blockchain technology, the next logical progression is to learn about how it works. The Bitcoin system is the most common and popular when it comes to the consensus algorithm and ledger technology.

The process with Bitcoin starts when someone purchases a Bitcoin. This transaction gets sent to a large network of transmitters. that sends the transaction onto the massive computers known as nodes.

From there, nodes from around the world confirm this transaction thanks to the consensus algorithm. The process of confirming the Bitcoin transaction is called Bitcoin mining. The miners work to complete the blockchain, and the person that finishes first gets paid in Bitcoin for their skills and effort.

The volume of transactions with Bitcoin determines the fees and the pay that you get for successfully mining Bitcoin. Once the sale is confirmed a new block gets added to the ledger. The next step involves the rest of the network confirming the transaction.

The last step of the blockchain network process is to chain the new block to previous blocks. You can do this using a hash, which is a cryptographic fingerprint that makes it unique and easy to identify.

The Pros and Cons of Blockchain Technology

Here’s a closer look at the benefits and drawbacks that you should be aware of with the blockchain network.

The big calling card of the blockchain network is the fact that it allows for a decentralized currency. The United States Dollar is controlled and distributed by the U.S. Federal Reserve. There is no governing body that controls the distribution and production of Bitcoin or other types of cryptocurrency.

It’s also one of the most time-efficient currencies in the world. The crypto market is open every day during the year and is open for 24 hours each day. You will have no issues finding time for investing or trading different types of crypto or running into the bitcoin ATM buy limit.

Another reason why many consumers love the blockchain network is the fact that it offers the best of both protection for your identity and transparency of transactions. Each transaction made with Bitcoin is recorded on the Bitcoin blockchain network. Bitcoin wallets remember the transaction information, and these wallets are available for the public to see.

The wallets might be public, but the knowledge of who owns them is protected and private. This means that you can make purchases with your Bitcoin while protecting your personal information.

You’ll have a difficult time finding a more secure money option than cryptocurrency. The human interaction with different forms of cryptocurrency is so low that the odds of an error occurring with your crypto are close to zero. Each transaction gets looked at and confirmed by the many nodes that make up the blockchain network.

The fact that all of those nodes get involved means that it’s almost impossible to manipulate or alter the data behind the transactions. It also makes it impossible to spend the same Bitcoin multiple times on different things.

Bitcoin is a great example of a public blockchain network. Anyone can join the network and start using Bitcoin to make purchases.

Businesses are also starting to create blockchain networks of their own. They get to determine who can join and access their networks. It’s exciting to know that blockchain technology is starting to have a lasting impact in many different industries.

Health care records are starting to make good use of this technology. Many professionals in the medical industry believe that a blockchain network for medical records will improve accuracy and make the healthcare industry more efficient.

This technology is also gaining traction within the legal field thanks to the value that it adds to contracts. It’s much easier to change or alter the contract terms since you can automate this task. If there is a clause in the contract that gets triggered after certain performance metrics are hit, the terms will update without the need for humans to do anything.

There are even blockchain experts that are looking for ways to use it for government elections. It will offer a secure way for citizens to cast their votes and eliminate the possibility of tampering or voter fraud.

The sad truth is that there are a number of countries around the world that are corrupt when it comes to money. It’s difficult for these individuals to make the most of the money that they receive due to third parties.

The blockchain network is great for these individuals because it allows them to grow and protect their wealth. These unscrupulous people will not have any access to your money that is coming in or going out when it’s a cryptocurrency. It offers better financial protection for people living in corrupt nations.

Con: Crypto Is Popular With Criminals

Criminal enterprises are often a bit ahead of the game when it comes to technology and the ways in which it can get used. Criminals are finding that they enjoy using Bitcoin and other types of cryptocurrencies because of the privacy and security that it offers them. It also makes it much easier for these criminals to scam legitimate owners of Bitcoin.

Many users of the Silk Road black market website chose to use Bitcoin to make their purchases since it offers more privacy. Scammers are also starting to request Bitcoin from companies that fall prey to ransomware tactics.

The more value that cryptocurrencies like Bitcoin gain, the more of a target they’ll become. Bitcoin users lost around $80 million to scammers between October 2020 and March of 2021. Be prepared for issues with criminals if you want to start using Bitcoin.

Another big con of blockchain technology is related to the volatility of cryptocurrencies. You need to have a strong idea of your goals as an investor if you want to make the most of the best Bitcoin ATM. Some people have a much higher tolerance for risk than others.

The past two years are a great example of market volatility with blockchain technology. In early 2021, Bitcoin reached a value of $65,000 per coin. A year later, Bitcoin was less than half of that price.

You run the risk of pouring big money into the blockchain network and losing a large portion of it. You’ll need to spend time learning how to read the market with crypto.

A big downside with this is the fact that you’ll need to pay capital gains taxes on crypto that you use through PayPal. That’s in addition to the typical local and state taxes in your area. Your best bet might be to find the best Bitcoin ATM in your area.

Bitcoin mining is essential in order for the blockchain network to work as designed. The reality is that super high-speed computers are needed in order to complete the task of Bitcoin mining. Bitcoin alone consumes more electricity than all but 33 of the world’s countries.

Some major companies like Tesla are stating that they won’t start accepting Bitcoin until they find a way to become more efficient with energy usage. The carbon footprint that Bitcoin and its blockchain network are creating is massive and could prove harmful to the environment.

It’s on developers to find ways to lower the energy consumption of the blockchain network. Until then, many businesses will remain on the sidelines.

Another thing that many don’t realize about the blockchain network is that it can get a bit slow. The blockchain that Bitcoin uses can process seven transactions each second. That might sound pretty impressive until you compare it to the capabilities of the largest credit card companies.

Visa is capable of handling up to 24,000 transactions each second when it comes to consumers that use their credit cards. This demonstrates that Bitcoin’s blockchain network has some issues with scalability.

The engineers of these blockchain networks are spending more time trying to solve this problem. The ability to handle more transactions could hold blockchain technology back.

Ethereum offers the most hope. It looks like their new network is capable of handling 10,000 transactions each second. That’s a massive upgrade over Bitcoin’s network.

Blockchain technology is changing the ways in which consumers spend money and businesses operate. The distributed ledger technology allows for more transparency with transactions as well as more security for consumers. It’s a great option if you want a decentralized currency to use.

The downside is that the blockchain network is inefficient. It uses more electricity than most countries, and it can only process seven transactions per second.

For more exciting and enlightening articles like this one, check out the rest of our blog!