Home » how-to » How Do Spreads Work in Betting?

How Do Spreads Work in Betting? 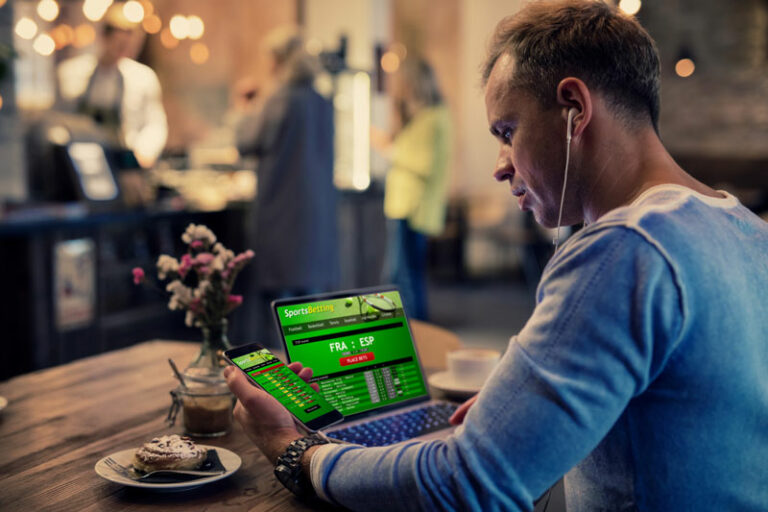 But don’t worry. Keep reading because, in this betting spread guide, you’ll learn everything you need to know about how do spreads work in betting. Armed with these betting spread tips, you’ll be able to make more informed bets and increase your chances of winning.

What Is a Betting Spread?

A betting spread is a range of outcomes within which a bet is considered to be fair. Spread betting is a way of wagering on the outcome of an event where the payout is based on the accuracy of the bettor’s prediction. For example, if a bettor predicts that Team A will score more points than Team B, and the difference in the final score is two points or more, then the bettor will win their wager.

The spread is set by the bookmaker and represents the betting line or odds on the given event. The bookmaker will take into account several factors when setting the spread, including form, head-to-head record, and home advantage. The bookmaker aims to set a spread that will encourage even betting on both sides, thus ensuring a profit no matter which team wins.

Spread betting can be applied to a wide range of sporting events, including football, basketball, baseball, and hockey. In each case, the bookmaker will set a line or spread and it is up to the bettor to decide whether the outcome will be above or below this line.

How Do I Place a Spread Bet?

When placing a spread bet, the sports bettor must first choose which market they wish to bet on. They then need to decide whether they think the outcome will be higher or lower than the spread set by the bookmaker.

The most important number in any NFL point spread is 7. Why? Because seven is the most common margin of victory in an NFL game.

According to Odds Shark, 26.4 percent of all games since 2005 have been decided by seven points or less. That means more than one in four NFL games are essentially coin flips. If you’re betting on those games, you must understand how point spreads work.

The next most important number is 3, which also happens to be the smallest possible margin of victory. Games decided by three points make up 12.6 percent of all outcomes since 2005, so they happen almost one out of every eight times.

Understanding how these key numbers work is critical if you want to be a successful NFL bettor.

What Are the Odds for a Point Spread?

Point spread betting is one of the most popular forms of sports wagering. The reason it’s so popular is that it offers bettors the chance to win even if their team doesn’t come out on top.

To understand how point spreads work, you first need to know how odds work. Odds are simply a way of representing the probability of an event occurring.

What Are the Results of a Point Spread Bet?

For example, let’s say you bet on the Patriots to beat the Jets by more than 7 points. The Patriots win the game by 10 points. That means you won your bet, and you would be paid out at odds of 9-to-5.

As you can see, point-spread betting can be a bit confusing. But once you understand how it works, it can be a great way to add an extra level of excitement to your favorite sport.

What Does Pk or Pick’em Mean in the Point Spread?

Sometimes, you’ll see a point spread that is listed as “pk” or “pick’em”. This means that there is no favorite, and the two teams are considered to be even.

This can be a good bet if you think both teams are evenly matched. But it can also be a risky bet because it’s hard to predict who will come out on top in a close game.

If you’re thinking of betting on a pk or pick’em point spread, make sure you do your research and have a good reason for thinking that one team is just as good as the other. Otherwise, you might find yourself regretting your decision when the game is over.

Why Does a Point Spread Change?

The point spread for a game can change for several different reasons. The most common reason is that the best offshore sports betting sites will adjust the spread to encourage betting on both sides.

Finally, the point spread can also be affected by news and events that occur after the odds are originally set. For example, if a key player is injured before a game, that could cause the point spread to change.

Can You Bet on Point Spreads for Different Parts of an NFL Game Such as a Half or a Quarter?

Yes, you can bet on point spreads for different parts of an NFL game, such as a half or a quarter. However, these bets are usually only offered by online sportsbooks.

If you’re interested in betting on point spreads for a half or a quarter, make sure to shop around and see which sportsbook is offering the best lines. You might be surprised at how much they can vary from one book to another.

What’s the Difference Between Betting Against the Spread and Betting Moneyline?

Betting Moneyline is a bit different. With Moneyline bets, you’re simply picking which team you think will win the game outright, regardless of the point spread.

Generally speaking, betting against the spread is a bit riskier than betting on Moneyline. That’s because you need to be right about both the winner and the margin of victory. With Moneyline bets, you only need to worry about picking the winner.

Of course, there’s always risk involved in any type of betting. But if you’re looking to minimize your risk, betting Moneyline might be the way to go.

Which One Should You Bet: Against the Spread or Moneyline?

There’s no right or wrong answer to this question. It depends on your personal preferences and goals. If you’re looking for a bit of excitement and are willing to take on a bit more risk, betting against the spread might be right for you.

But if you’re just trying to pick some winners and don’t want to worry about margins of victory, betting Moneyline might be the better option.

What Is a Puckline or Runline?

Like with point spread bets, you can also bet on the puckline or runline for different parts of the game. So if you’re feeling especially confident, you could bet on a team to win by 2 goals in the first period or 3 runs in the bottom of the fourth inning.

Pucklines and runlines can be a great way to add a bit more excitement to your betting. But they can also be riskier than traditional point-spread bets. That’s because you’re essentially betting that one team will win by a certain margin, rather than just betting on which team will ultimately come out on top.

What Are the Risks of Spread Betting?

As with any form of gambling, there is an element of risk involved in spread betting. The potential rewards from a successful bet can be high, but so too can the losses if a bettor’s prediction is inaccurate.

It is important to remember that the bookmaker’s spread is not an accurate reflection of the true probability of an event occurring. The bookmaker will always set the spread in such a way as to ensure a profit, regardless of the outcome.

This means that there is a built-in house edge in spread betting which can work against the bettor. It is important to be aware of this before placing any bets and to only bet with money that you can afford to lose.

Despite the inherent risks, spread betting can be a fun and exciting way to add an extra level of interest to your favorite sports. With a little knowledge and research, it is possible to minimize the risks and give yourself a better chance of winning.

How Do Spreads Work in Betting?

The aim of this article was to help you understand how do spreads work in betting. We’ve explained what they are, how they can benefit you, and some of the factors that affect them. Now it’s time for you to put this knowledge into practice!

Want to learn more? Check out our blog for more articles like this.